Federation of Western India Cine Employees (FWICE) on 22nd February issued a press release which stated that all the affiliates of FWICE have mutually decided to enforce a ban on Pakistani actors, singers, artists and technicians working for any Indian producer, both in films and dramas. According to the notification, the ban was led due to the unavoidable war-like situation between both neighboring countries. The release further stated that the decision was taken in support of Indian soldiers and their families. 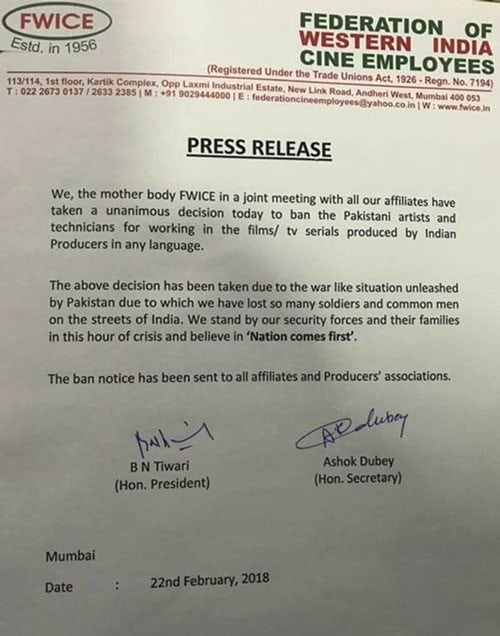 In retaliation, the core committee of Directors’ Guild of Pakistan (DGP) has released a counter statement of two pages which exhibits stern points in strong words. We hope that the Indian ban on Pakistani artists is short lived and concise but till the ban is lifted in India, following measures will be strictly followed: 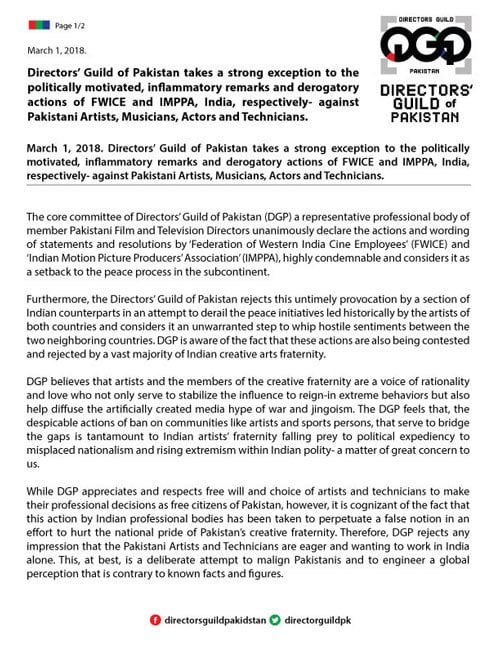 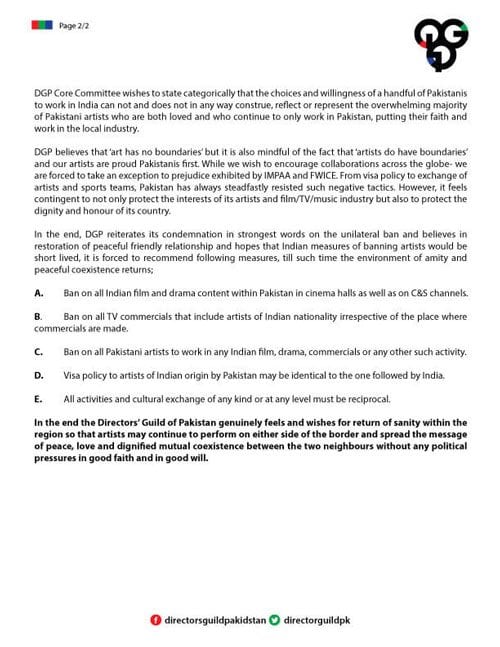 However, the notification has stirred mix emotions and reactions in Pakistani populace. Most Pakistanis think this is the accurate and smart thing to do following Indian ban but few Pakistanis think otherwise.

Few celebrities have taken their opinion on their social media platforms. The famous Pakistani model and versatile actor, Syed Jibran suggests, banning artists across the border is not the best solution right now. 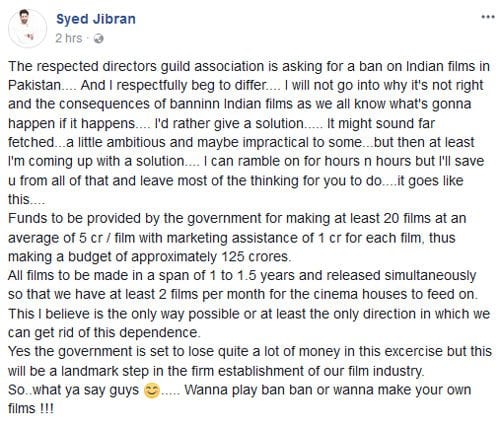 Bollywood movies are celebrated in Pakistan, so much so that they garner a heavy revenue from our cinemas. Jibran says that it’s about time when we need to exhibit all our efforts to be able to come up with adroit cinema which can subsequently be equally influencing as B’town hits.

Veteran actor and director, Shamoon Bin Zubair Abbasi has stated certain postulates and has explained how this ban-game is not a solution, it will not make conditions better but it might end up making the conditions worse. 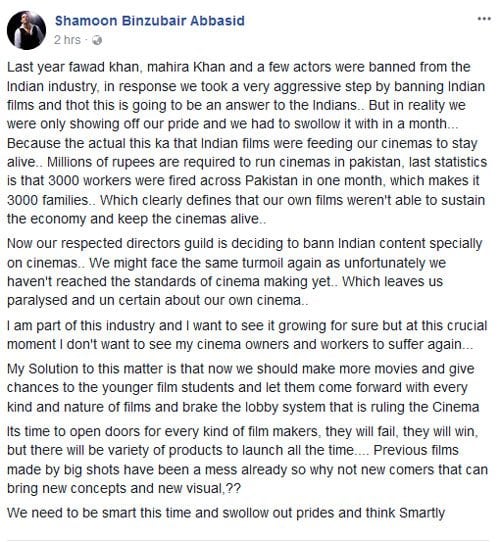 In another post, the actor has urged his co-actors to coordinate with Pakistani film industry with utter devotion and dedication so that the industry can flourish. He has asked actors to expect less fee and to show patience in order to support Pakistani cinema.

We are eagerly hoping to see our industry climb up the inclination and to be able to garner as much admiration as any foreign fraternity.

Kumail Nanjiani took a dig at his own immigration