Pankaj Dubey, one of the bestselling authors is all set for the film adaptation of his new book love curry and wants to cast Fawad Khan, Alia Bhatt and Sushant Singh Rajput.

Talking to media Dubey said: “I have already started scripting the film and thinking about the casting. As the story is mainly about three boys from India, Pakistan and Bangladesh, I want to cast Sushant, Fawad for the two of them,”

Dubey launched his book on Friday (where ? give description on book launch) .  Love curry revolves around three guys from India, Pakistan and Bangladesh who unite in the UK. The story tells their journey of love, life and cultural identity.

I do not want to treat the issue with so much seriousness, rather want to focus on how these three guys, who are otherwise fighting against each other as Indian and Pakistani unite as one in a foreign country, Dubey concluded. 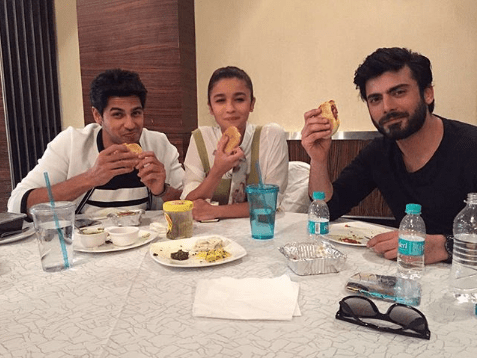 Fawad and Alia were also casted in Kapoor and sons previously and created a buzz with their on screen chemistry.  we are excited to watch the duo again on the big screen.