A lot of hearts were left broken when we shared the news of the heartthrob, Feroze Khan getting hitched soon. Humaima Malick’s thumkas and Dua Malick’s PJ dance in the dholkis made it evident that the sensational, Feroze is not available anymore. 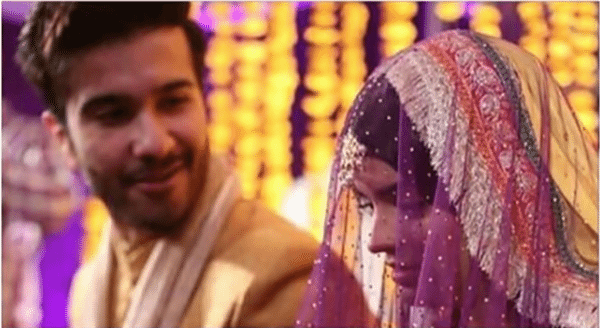 After abundant of glamorous dholkis exhibiting skillfully choreographed dance moves and famous celebs, Khan finally had his Mehndi last night. He, along with all his buddies wore Mustard kurtas meanwhile the women of the house were embellished in beauteous, extensively decorated outfits.

Both sisters of the groom, Dua, and Umaima, made sure that all the renown celebs bring their A-game to the party.

Under ample, beautiful flowers, here comes the groom with his boys, because, it’s their Veeray’s wedding.

The ultimately gorgeous Sonya Hussayn slays in a Ghagra performing on Deewani. The gorgeousness is undoubtedly oozing out from her expressions.

Legends like the dynamic, Adnan Siddiqui along with Humayun Saeed take part in the progressions. Both maestros look legit classy.

And now, the bride is here, surrounded by her dapper brothers wearing white. She looks pretty in a traditional attire.

From Farhan Saeed to his spouse, Urwa Hocane, the designer Nomi Ansari along with Ayaz Samoo, Yasir Nawaz, Nida Yasir and Hassan Shehryar Yasin (HSY) have also exhibited their love, admiration, and prayers for the couple.

Mira Jee graces the party with her desi thumkas on the song, London Thumakda with Sonya Hussain and Nomi Ansari accompanying her.

The ever humble, Humayun Saeed and the sensational, Humaima Malick exchange some Salaams of Ishq that is going to make you feel like a part of the event.

Awww! Alizay certainly is one of the luckiest bride ever. Have a look at what ‘bhabi and nand‘ goals actually are.

The whole squad comes down to the dance floor; bride, groom and their families possessing similar, excitingly positive vibes.

Whaat! Look who has honored the Mehndi ceremony with his presence. He is an actor who has commendably proven to be a great actor in not just Pakistan, he is also admired by a huge populace in India as well. Fawad Khan in a black Kurta. What would more of a Mehndi present Feroze have wished for?

Hands Down! This Mehndi is undisputedly a Mehndi everyone would want an invite for. We wish the couple a very happy life ahead.

What are your thoughts about the story? Tell us in the comments below.