Dubai shimmers as the prestigious Filmfare re-launches its Middle Eastern edition of the magazine. A ride carries the stars like Karan Johar, Fawad Afzal Khan, and the designer, Manish Malhotra to Bollywood Parks, Dubai.

Deepika Padukone looks stunning in this black attire. She is truly getting prettier with every passing day. People must have gotten chills down their spine watching this woman live.

All the celebrities mutually decided to bring nothing less than their A-game to the show. Karan Johar, Deepika Padukone, Fawad Khan, Manish Malhotra, Sophie Chaudhary, Gurmeet Choudhary, Diya Mirza, Jackie Shroff along with our Pakistani top notch celebs like Javed Sheikh, Mehwish Hayat and Hasnain Lehri graced the show with their presence. 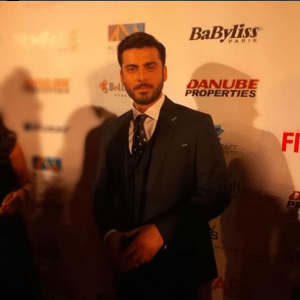 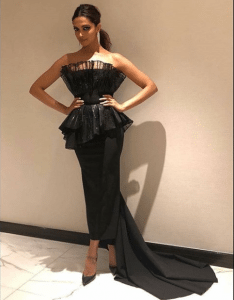 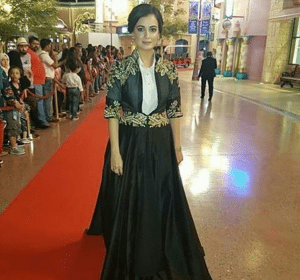 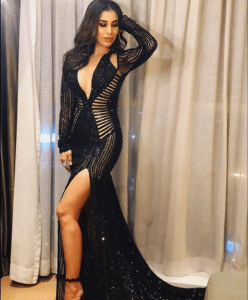 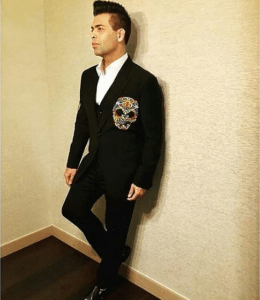 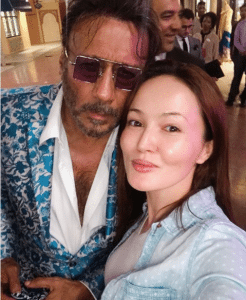 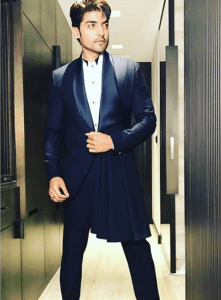 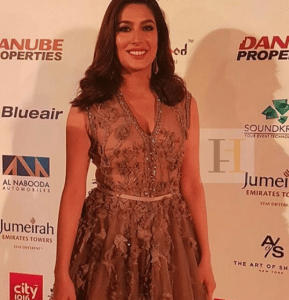 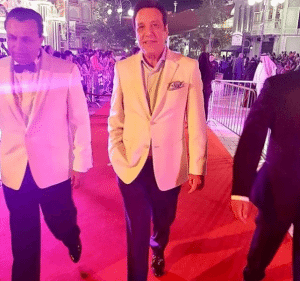 As the show unfolded, the Middle Eastern edition of Filmfare depicted a photograph of none other than the astounding, Deepika Padukone as its cover. She was overwhelmingly thankful to Filmfare but she uttered her thank you speech rather calmly. The magazine will be printed in Arabic as well.

#XpozeExclusive: Relaunch of #Filmfare Middle East! #DeepikaPadukone unveils the latest edition which will also be printed in arabic!! Watch our timeline for more exclusives from our buddy boy #RizwanFarooq !! #FriendsOfXpoze #FilmfareMiddleEast #Bollywood #XpozeMagazine

The night was not over for our favorite starlet after her appearance on the cover. She was invited to the stage to be given an award for ‘Excellence in Cinema’. What an ultimately cute woman!

While hatred for Pakistani artistes is brewing in India, Dubai depicts a totally different scenario. Filmfare Middle East has exhibited some cross-border diplomacy by inviting Pakistani icons and Indian celebs under one roof. Javed Sheikh is undoubtedly having a fabulous time while Jackie Shroff enjoys foot tapping on the performances.

Fawad Afzal Khan, the first ever Pakistani to grab a Filmfare for best debut actor, has unlocked yet another achievement. He has been honored with an award for Cinematic Icon, Pakistan/India amidst ample praise and “I love you Fawad” chants. Khan is the first Pakistani actor to own this prestigious award as well. Our heartthrob looks adorably dapper in a black suit.

Congratulations! Fawad Khan receives the award for Cinematic Icon Pakistan/India by @filmfareme … a proud moment for us, indeed. Details from @sadiqidas tomorrow, only on Something Haute. #hautetrail #fawadkhan #filmfaremiddleeast #happeningnow PS. Dear fellow instagrammers, if you must take our exclusive footage then at least do us the courtesy of giving credit.

What a night it has been! For more updates about the re-launch of Filmfare Middle East magazine, stay tuned.