Malala Yousafzai’s name is not new for anybody living in the entire world as the pride of Pakistan has become the Nobel laureate for her endless and unwavering struggle for the pursuit of education for everyone, regardless of gender, caste or race.

The veteran director, Amjad Khan has decided to make a biopic about the Nobel winner. He says that the upcoming flick is a homage from his side to Malala and everything she represents and everything she has accomplished as an adolescent and inspiring symbol of resilience. He has opted ‘Gul Makai’ as the name for the biopic as this name is adopted from the pseudonym she used while writing variable blogs delineating her life in the Swat valley.

The official first look of the movie basically features a poster depicting the television actor, Reem Shaikh, donned as Malala, holding an open book in her hands which has caught fire. This poster itself speaks at length about the life of Malala. As we watch this video, we can hear the voice of the maestro, Kabir Bedi, booming in the background, saying, “This is about those times when the Taliban was destroying Pakistan and Afghanistan in the name of Jihad and religion. When from a very small village in Pakistan, a voice arose.” 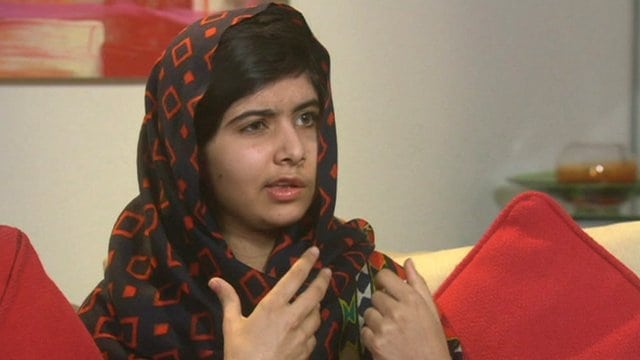 The description of the poster reads, “The whole world know their very own daughter Malala Yousafzai who got shot in her head and neck by the Taliban for going to school on 9th October’2012. Everyone knows the after story as how she survived and continued her fight for women rights, women education and protecting them as well. How she has become much confident and received her Nobel peace prize along with hundreds of awards from various parts of this world.

Meanwhile, the official synopsis of the film says, “Gul Makai accounts the courageous journey and struggle of Nobel laureate Malala Yousafzai, from her humble upbringing in the Swat Valley to her becoming the champion for free education to all. Gul Makai is a small tribute to this lion-hearted girl who is in every essence a global citizen championing a cause that transcends boundaries, caste, religion, and geography.”

Having actors like Divya Dutta, Mukesh Rishi, Abhimanyu Singh and Ajaz Khan, this film is all set to enthrall the audience worldwide. What do you think of this story? Have your say in the comments’ section below.

Syra And Shahroz Are Giving Us Some Serious Couple Goals!

Hareem Meeting Trudeau Is The Best Thing You Will See All Day!