Meray Paas Tum Ho has just aired its eighth episode and people are loving it for the flamboyant ensemble cast and captivating storyline, so much so that all its episodes have been trending on Youtube throughout their respective weeks.

Related: Here is why Meray Paas Tum Ho is Trending

The latest episode depicts Danish coming home wounded and tries calling Mehwish, who is busy with Shahwar in office. She overlooks her phone and goes to Shahwar again. Shahwar calls her for a favor and she agrees. He asks why had she fall in love with Danish and walks out of the room. 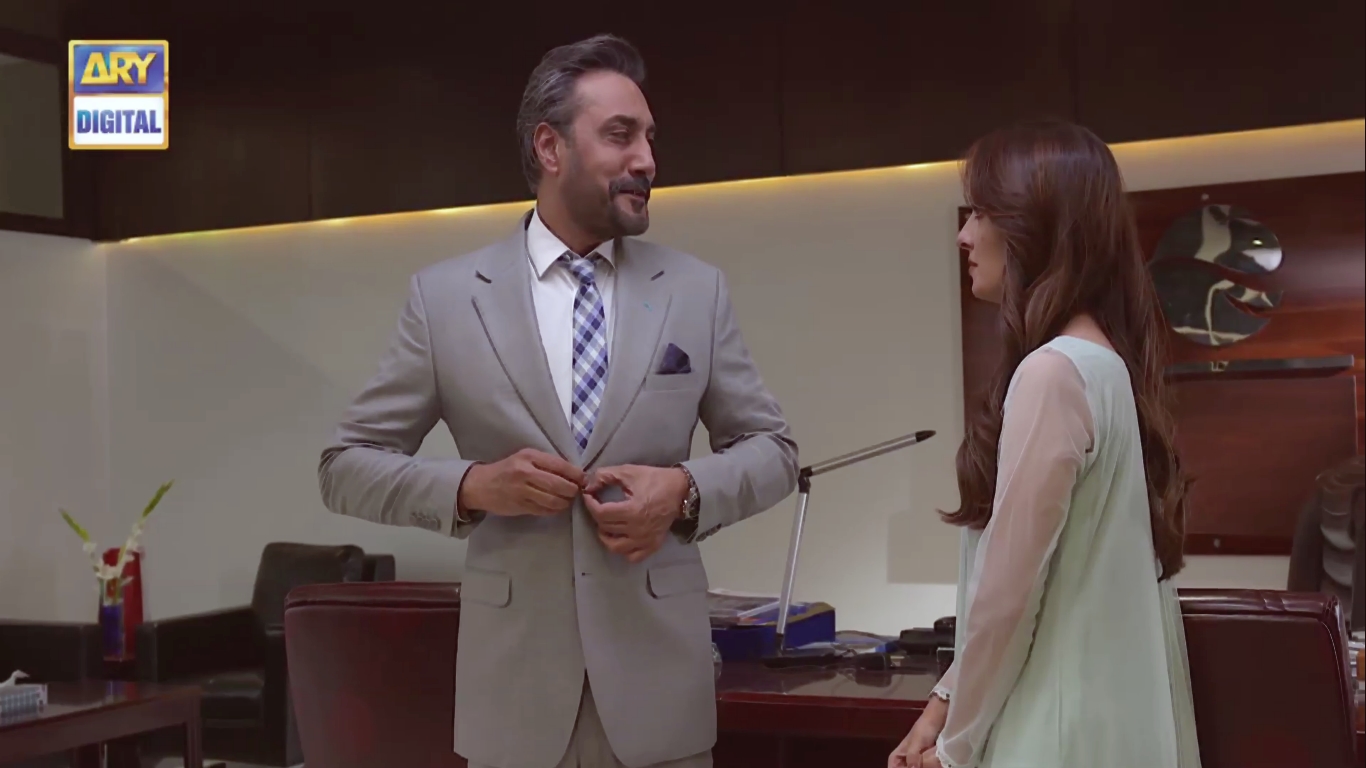 Mehwish gets back to the home with Roomi. She takes Danish to the balcony to point out at a car and a chauffeur telling him it belongs to her now. He worries about Shahwar’s unfathomable favors. She notices the wound on his neck. He replies there are more on leg and elbow. She asks him to take an off for Roomi’s admission and informs him about the maid. He doubts Shahwar’s intentions but she blames him for being skeptical. 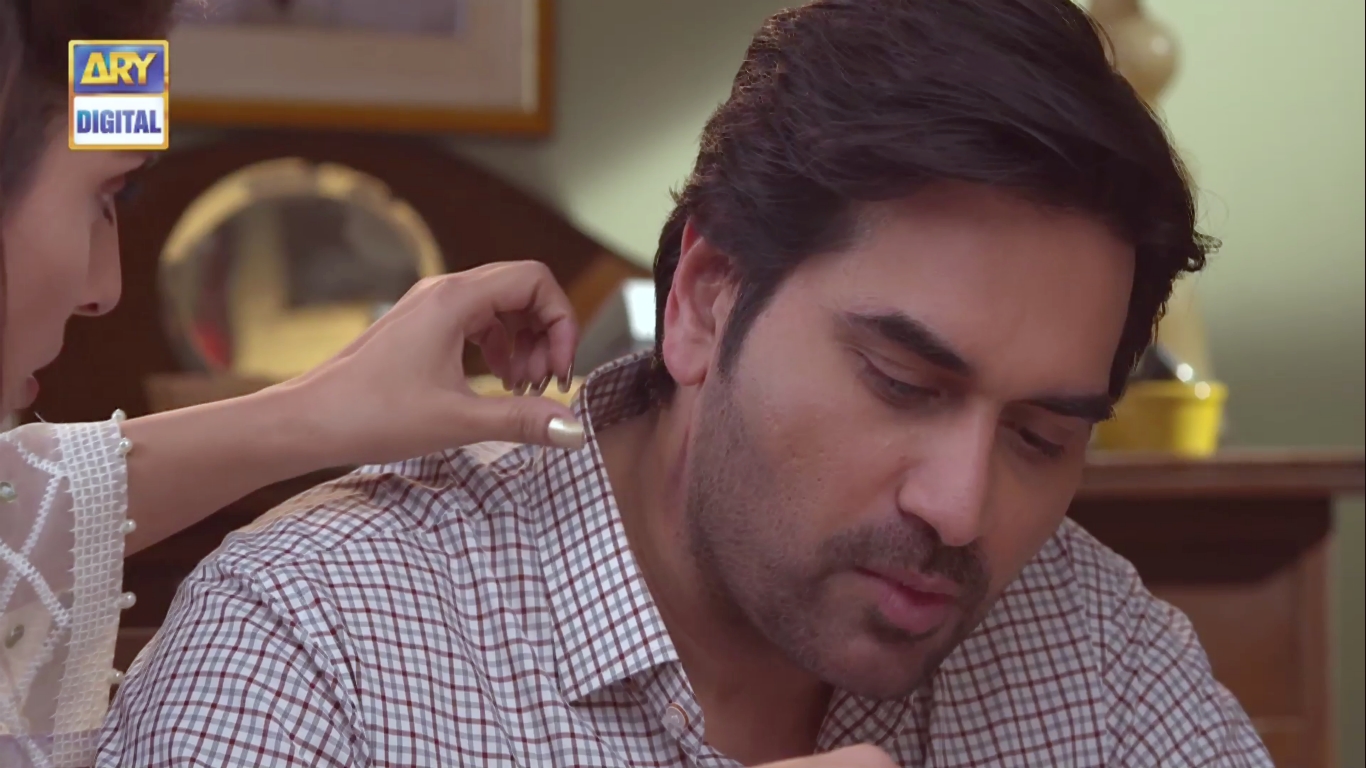 She gets to the office and sees Shahwar scolding an employee for not helping a dying co-worker. Danish goes to the office with odd socks and office people joke about it. Shahwar comes to her room, asking her out for lunch. She hesitates at first, but then she agrees. On the other hand, Danish could not bring lunch from home because he did not want to eat anything cooked by the maid. 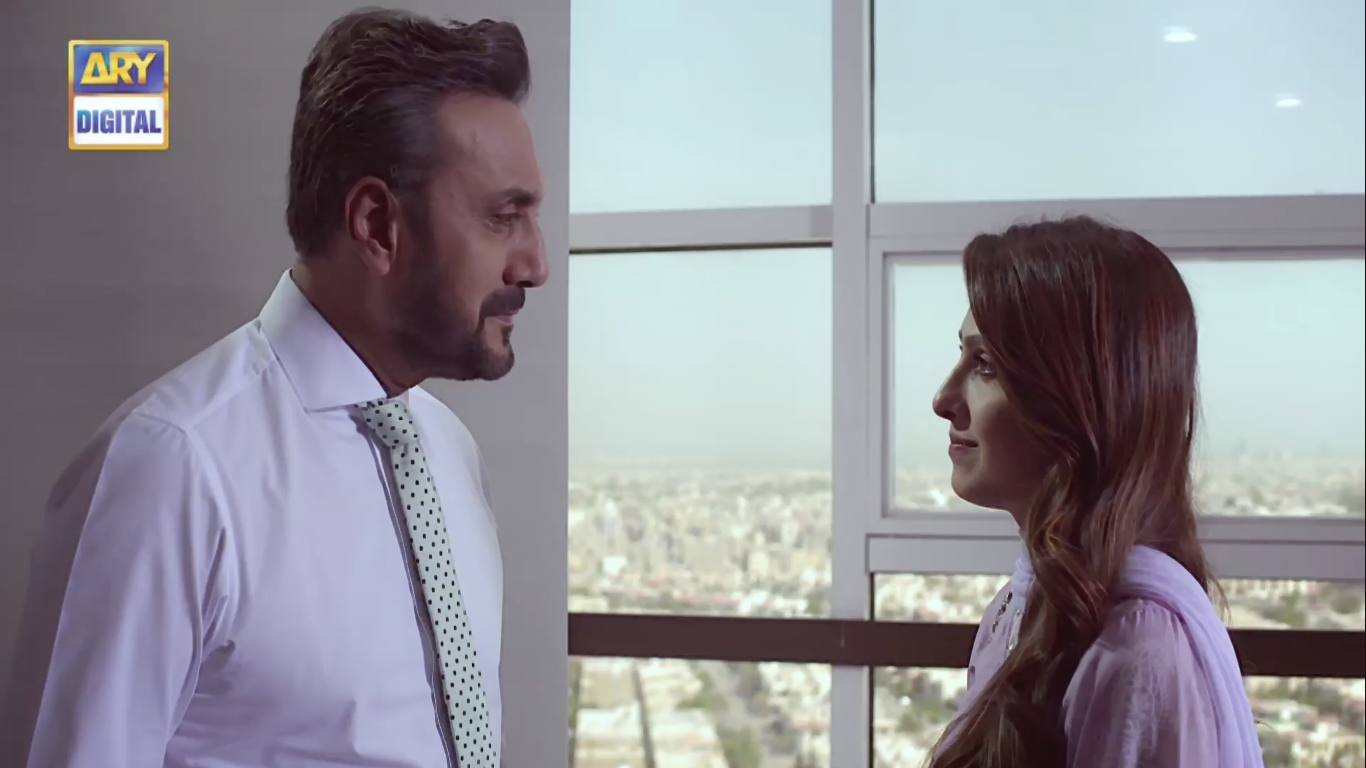 Shahwar insists Mehwish to let Danish go for Roomi’s admission alone. He is still confused about why is Shahwar spending so much on Mehwish without any reason. He tries to explain it to Mehwish but she asks him to sleep. The principal of the school asks why has not the mother come, as mothers are usually excited for events like this. Danish tells she could not take an off because of her new job. 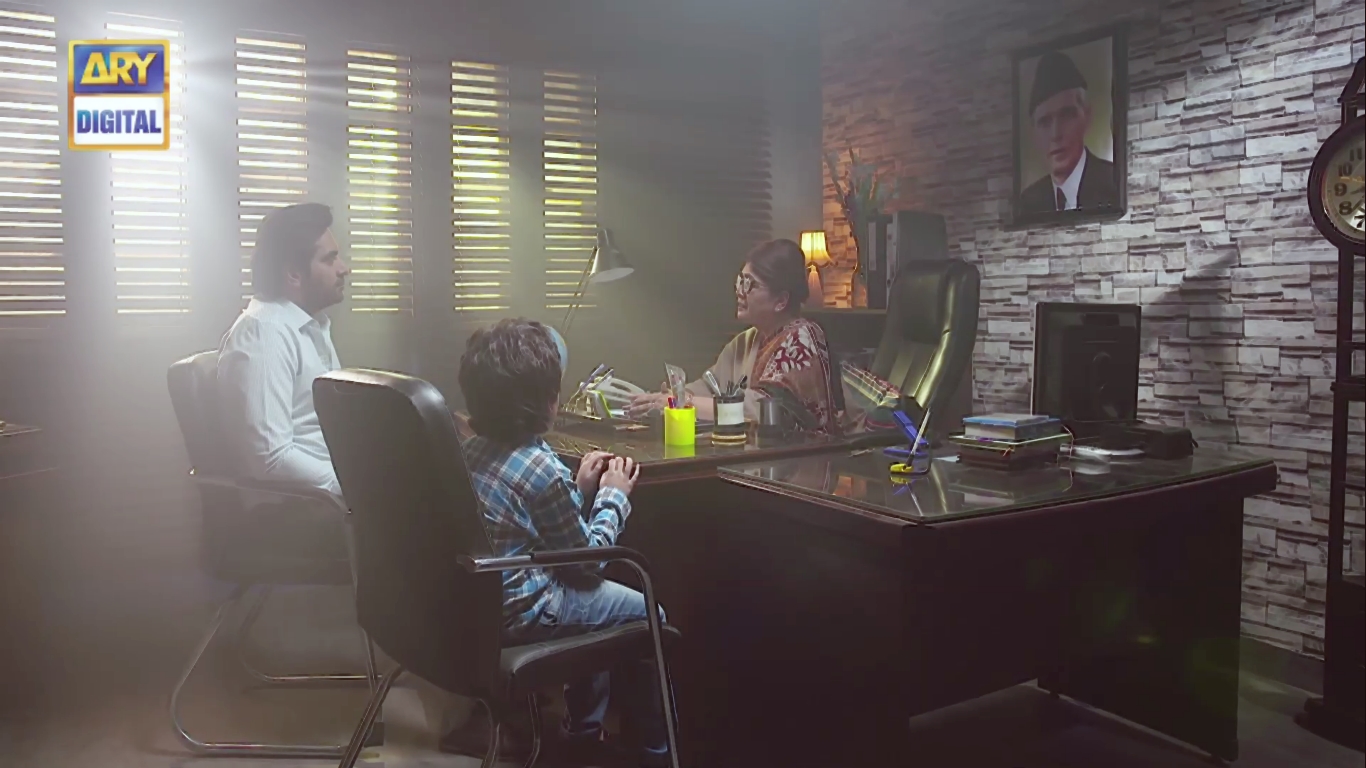 Shahwar tells Mehwish she has been appointed as the new secretary to the board of directors and she needs to come to Islamabad with him. She replies she wants to go but Danish will not allow. However, he has a plan for it too. 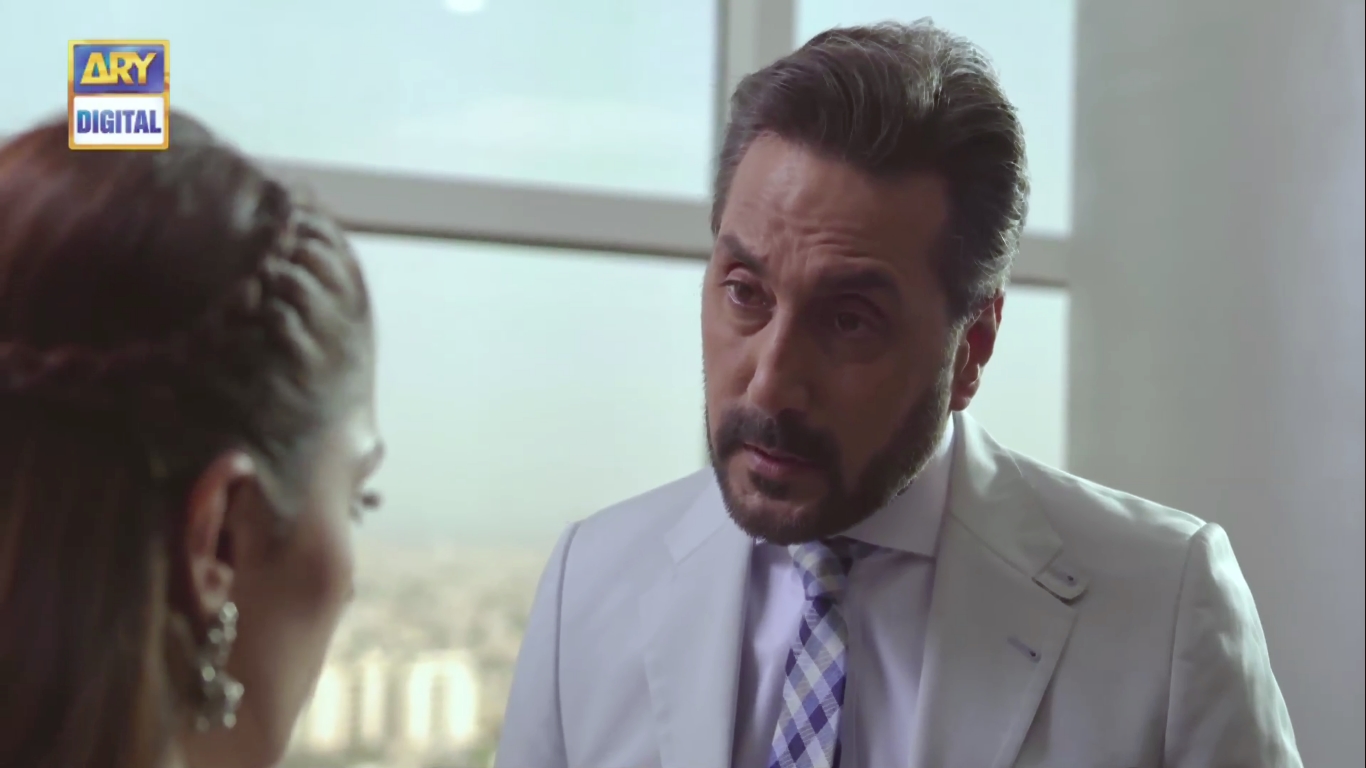 She gets home to see maid had left earlier and Danish is making food for Roomi. Shahwar texts her and in response, she calls to confirm the flight schedule. 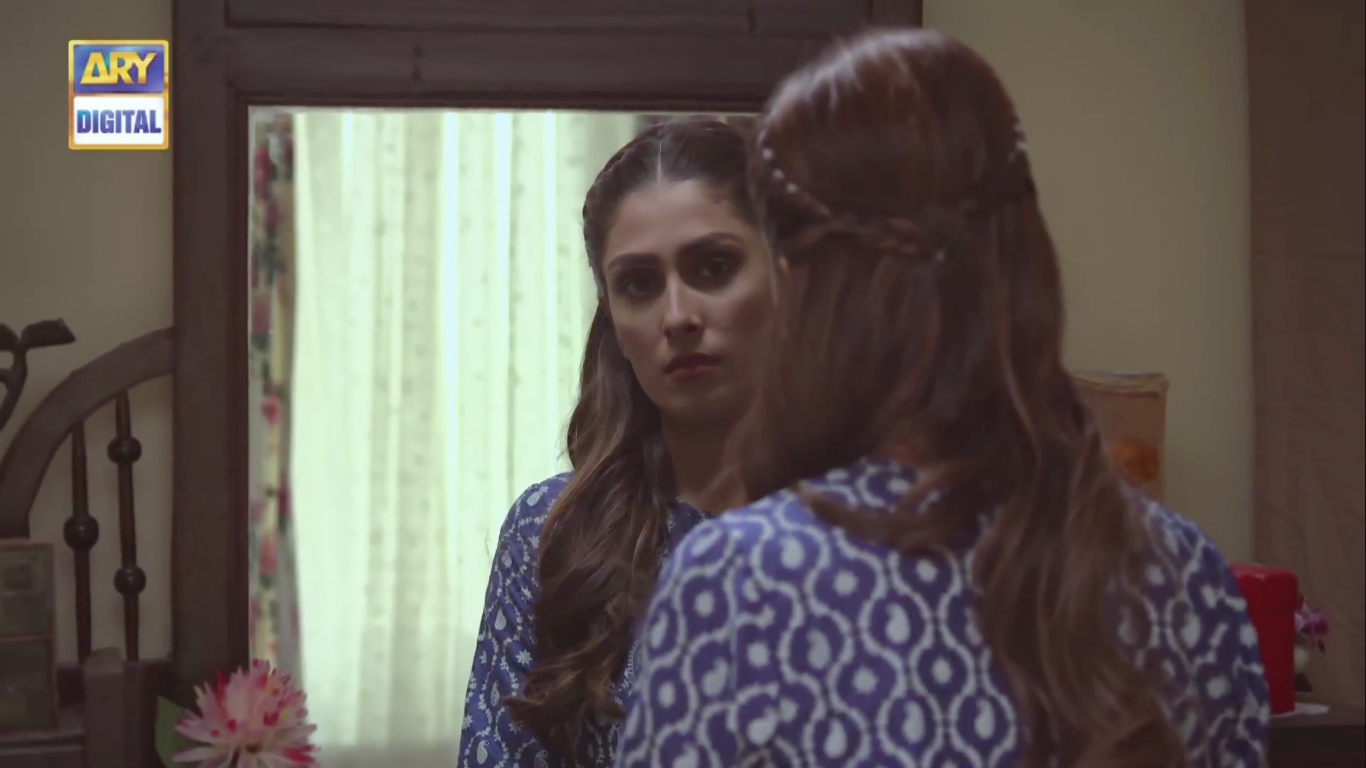 Meray Paas Tum Ho features the astounding Humayun Saeed with the gorgeous Ayeza Khan along with the dapper Adnan Siddiqui—perfect constituents of an unarguable hit. The reason it is being praised by a huge populace is that the class of the family it depicts is relatable to most viewers.