The year 2018 has been a year of a potpourri of big fat weddings, birthdays, new movie and drama releases with an abundance of laughter and fun. The year has also been a host to diseases pertaining to brain and psychology. The sad demise of the model, Anum Tanoli followed by Momina Mustehsan’s depression indicates how pivotal it is, to deal with mental disorders before it is too late.

Today, Mohsin Abbas Haider, the astoundingly talented actor who knows how to sing with absolute mastery, has taken to Instagram and Facebook accounts, to let the people who love him, know that he’s suffering from depression. 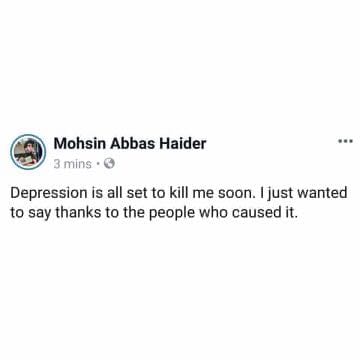 As soon as he shared the post, a number of fans have come to exhibit their love and support for the actor. Some asked him to pray and give Sadqa. 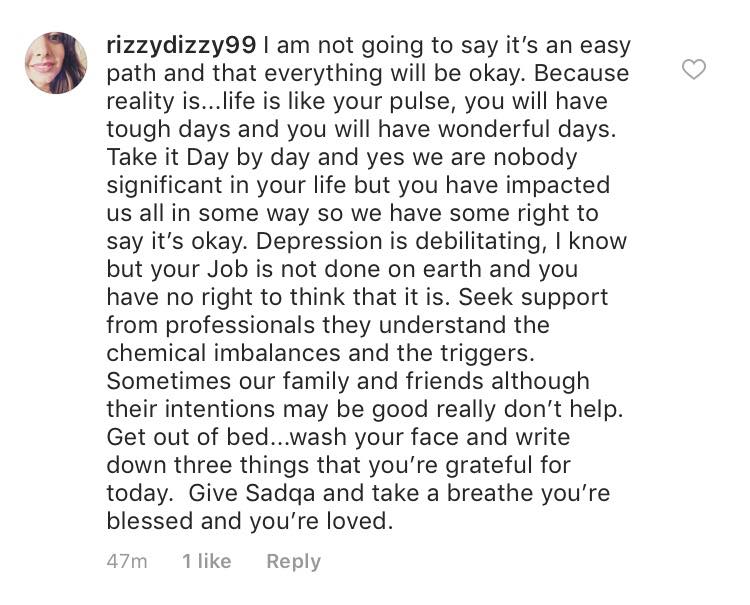 Some showered a plethora of prayers and wishes for the protagonist. 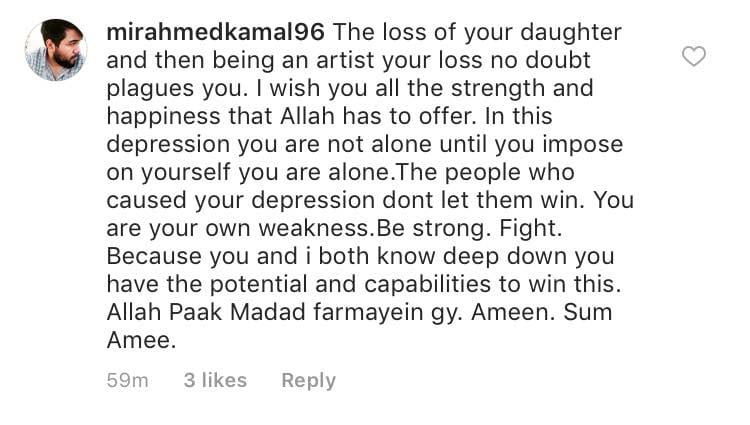 Meanwhile, many people embraced his acting and singing, reaffirming that he is an outstanding human being also. 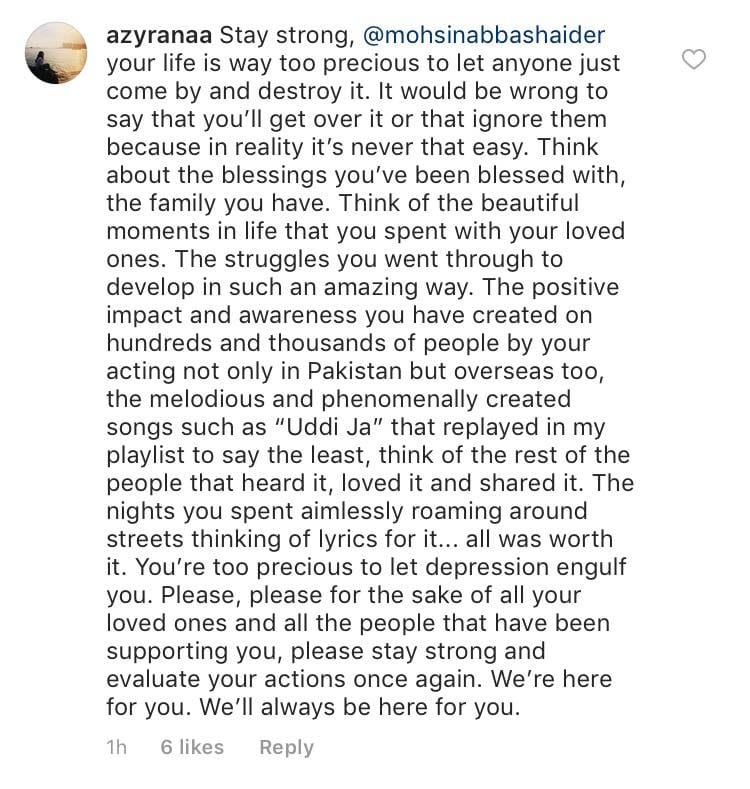 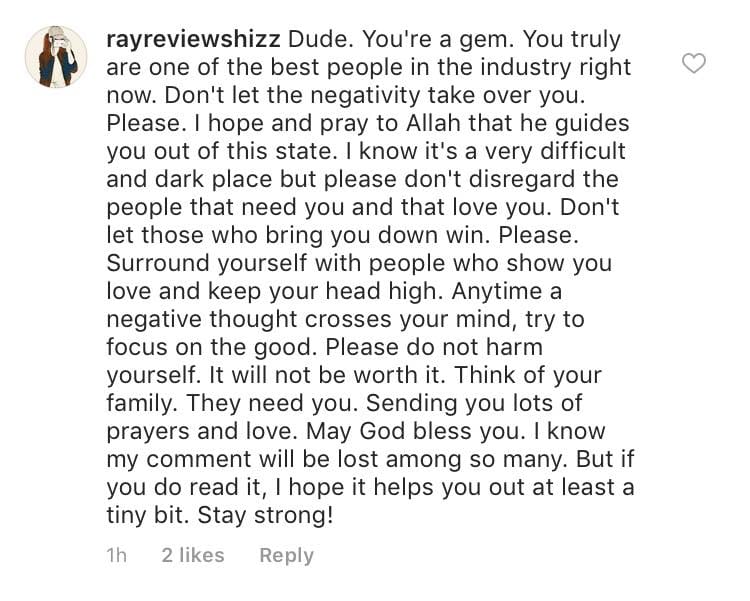 His friends from the Pakistani media fraternity also came to tell him how special of a person he is. 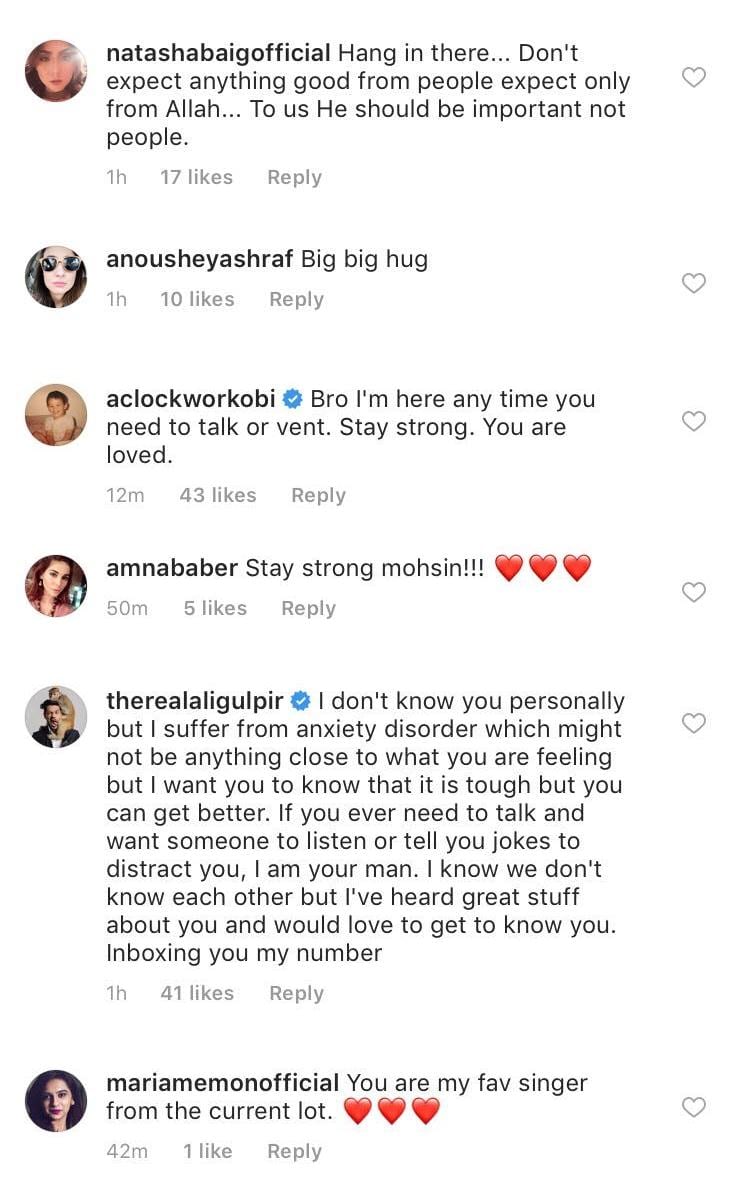 We have just spoken to Mohsin’s manager, Mr. Ashfaq and he has confirmed that the singer-cum-actor is completely fine and healthy at his home.

A few cases in Pakistan have emerged over the years, of students falling into depression because their parents want them to study against their interests, the excessive load and tight deadlines of assignments in the educational institutions. Personal problems and family issues also ignite a spark of stress which often converts into the wildfire called depression.

However, reading all the comments under his post is truly a realization that people have actually started to pay heed to sensitive issues like depression, supporting the affected person with an ocean of prayers and wishes.

More power to you Mohsin. May you keep enthralling the Pakistani media industry with your commendable acting skills and flamboyant songs. We wish you well for all your future endeavors with an abundance of health and contentment galore.