The world cup 2019 is in full swing with everyone belonging to the participating teams and other countries equally overwhelmed and excited for every match. People from different countries are coming to England to watch their favorite cricketing stars enthrall the stadiums across the country.

Likewise, Pakistanis are also over the moon excited for Pakistan’s matches, so much so that a lot of them have actually gone to the UK to witness the vibe. A few of these cricket lovers include our favorite celebrities too.

The owner of Karachi Kings, Mr. Salman Iqbal, who has always been a cricket enthusiast, came to the stadium to watch Pakistani cricket team play along with the heartthrob, Humayun Saeed in one game and with Foreign Minister Shah Mehmood Qureshi and the handsome Ali Zafar in another game. 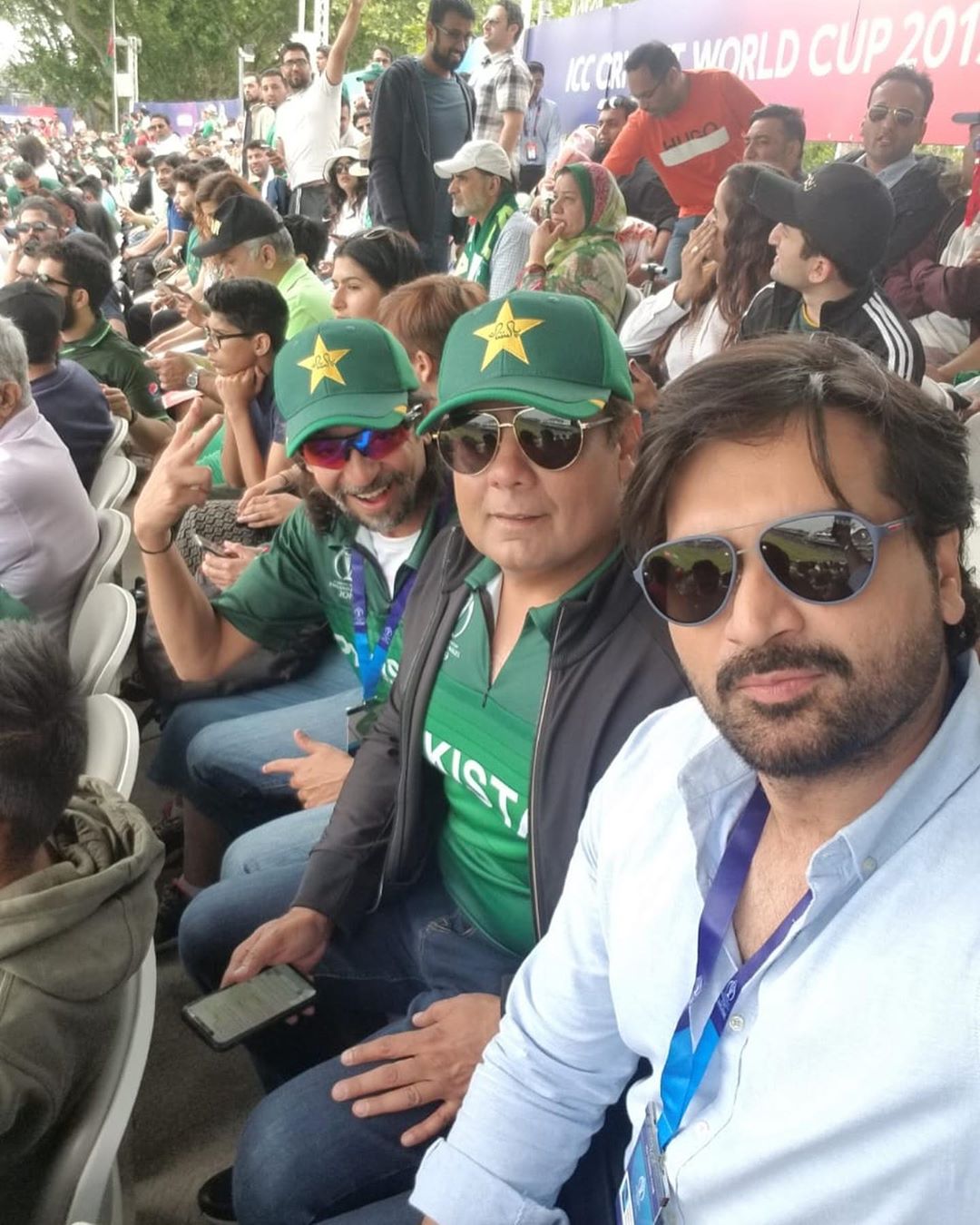 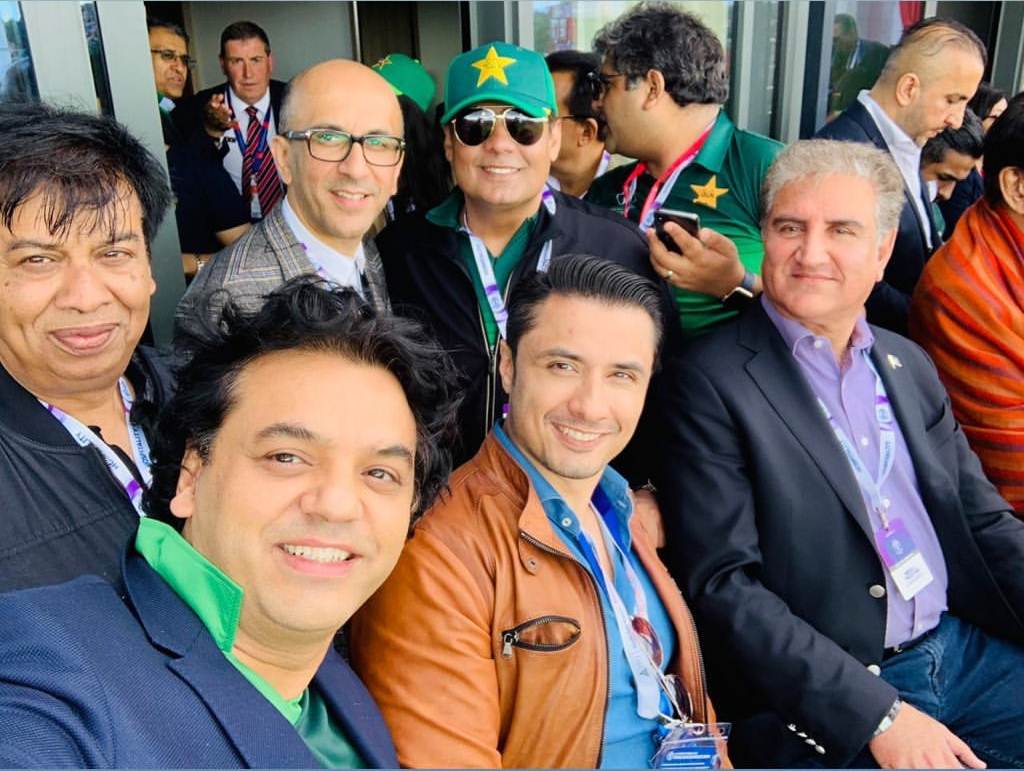 He also wishes the team well saying, “Was good to see you guys! Shall see you in the finals Inshallah !! Well done team #pakistan”

Was good to see you guys! Shall see you in the finals inshallah !! Well done team #pakistan #cwc19

#pakvssa #cwc19 what a match ! Well done boys #pcb #pakistan . Chief of Army General Bajwa and @asifghafoor.ag at the match bucking the Pakistan team at #lords

Ali Khan Tareen also came to watch the game with two epitomes of resilience, Khadija Siddiqui and Waleed Khan. He captions the photo with, “Two of the bravest people I’ve ever met. Waleed and Khadija have both been through so much and yet are so full of life and super fun. Was lucky enough to watch #pakvnz with them today.”

Two of the bravest people I’ve ever met. Waleed and Khadija have both been through so much and yet are so full of life and super fun. Was lucky enough to watch #pakvnz with them today at @edgbaston.

The pride of Pakistan, Malala Yousafzai also arrived at the stadium to watch her country’s team play having zeal and patriotism on her face. 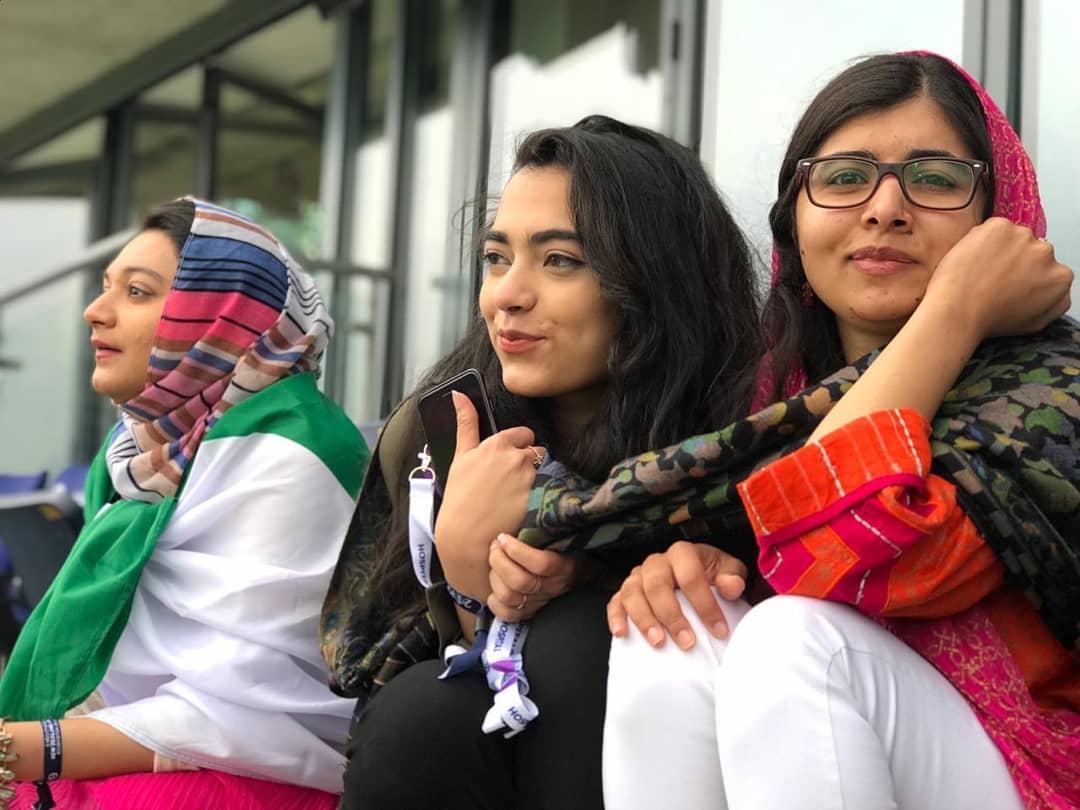 The dapper, Adnan Malik has been very active on social media throughout the Cricket World Cup 2019. Have a look at him spending a fine time playing cricket with Malala, Khadija, Ali, and Waleed.

Oh man! What a day! (And the cricket was pretty epic too!) I’m trying to avoid jingoistic slogans these days because I think defining people singularly by their nationality is quite myopic, but what the hell, today deserved it… Pakistan Zindabad! ????????

The legendary Adnan Siddiqui also brings his A-game to the stadium, cheering for team Pakistan. He posts a video of the winning shot against New Zealand amid love for Pakistan oozing out of all the spectators including himself.

The stunning, Mawra Hocane also went to the stadium to watch Pakistan versus India, waving the Pakistani flag all along.

With all this being said, we wish team Pakistan to win all games to bring the Cup home! What are your views on the story? Have your say in the comments’ section below.

Public, celebrities laud ‘Baaji’ for all the right reasons