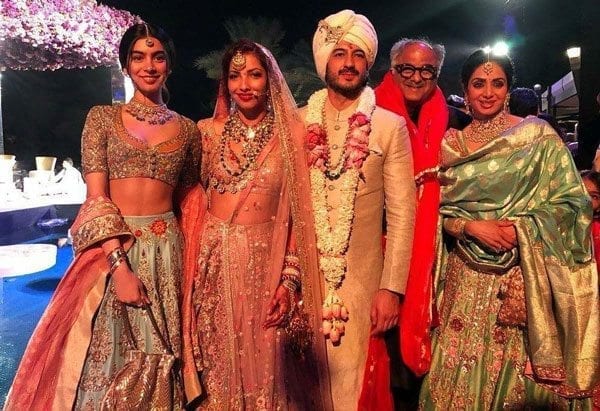 Amidst a phenomenal wedding season of a beloved family member, veteran actor, Sridevi Kapoor left friends, family, and the whole Bollywood fraternity with a heavy heart. Not only her colleagues and fans in India have been heartbroken, abundant of her admirers in Pakistan, including her co-actor Adnan Siddiqui has exhibited his grief.

As per initial reports, the 55 years old experienced a cardiac arrest. Investigation and autopsy suggested that the actress died of a heart attack, followed by drowning into a tub, full of water in Emirates Tower hotel.

Sridevi and producer Boney Kapoor along with their daughter Khushi reportedly went to a dinner on Saturday evening. She failed to reappear after she went to get ready which made Kapoor go check her on which he found her lying motionless in a bathtub full of water.

The disturbing graphic coverage of Sridevi’s death by Indian media was questioned by her close friends, family, relatives and even fans across the world.

Local media outlets exhibited speculations through their coverage by featuring circumstances and possibilities behind her death. Some local channels created graphic representations of hotel’s washroom and recreations of the bedroom she was staying in disgusting audiences to the core. Few channels even crafted pictorials of Boney Kapoor and Sridevi in the washroom to graphically portray the scenario.

Some of the news reports were extensively criticized by her fans, family, actors, and directors, sharing pictures of reports. #LetHerRestInPeace also garnered enough traffic on the social media to undermine sensationalism and yellow journalism.

Karnika Kohli, an Indian journalist has tweeted a photo from Indian channel ‘Abb Takk’ which included a tub with a backdrop of Sridevi’s collage depicting ‘ The Bathtub of Death’.

C'mon, just give them the goddamn Pulitzer already! pic.twitter.com/aU8vBaL0fI

Hashtags like ‘Sridevi death mystery’  have surfaced on the social media even though the police has ruled out every controversial speculation revolving around her death.

Meanwhile, Twitter has been full of anger and disgust over the pathetic coverage of the incident.

.. and finally as #Sridevi takes her last journey tomorrow from her home to the cremation ground , all the ugliness created by speculators will be burnt to ashes too. One day we will look back ourselves and ask, why are we so ghoulish? Were these really fans that loved her?

That’s Sridevi floating in a tub. This is gross on multiple fronts. pic.twitter.com/5duSDmI8wV

Looks like @TV9Telugu is disappointed with the case being closed in Dubai.. they have even accused the king of Dubai .. come on .. what do u want? from a news agency when did u become an investigation agency ?? Give urself a break.. #LetHerRestInPeace ????

Minute by minute updates with same content again n again by news channels for trps is pathetic . Reporting is ok, but sensationalism for the sake of TRPs is just sad…Let Sridevi Gaaru Rest In Peace..

We wish and hope that the maestro, rests in peace. She has left her husband along with her two daughters Jhanvi and Khushi.

What are your thoughts about this story? Tell us in the comments below.