These Celebrities will perform in PSL 2018 Final

“We used to think whether we’ll succeed to initiate PSL or not, a few years back. It has not just started, it’s all set to have its final in Karachi this year, abolishing the winds of fear and terror.” Said, the humanitarian and singer, Shehzad Roy in the press conference which was held prior to the tournament in Dubai.

25th March, 2018 emerges as a benchmark in the history of Pakistan because the Pakistan Super League’s final is all set to astonish the people who once called Pakistan as a dangerous country. The grand finale will be played between Islamabad United and the defending champions, Peshawar Zaalmi in the National Stadium, at 7 pm.

Subtle security checks have been done in the whole city and a full proof route plan will be implemented tomorrow. Amidst extensive security, the populace of Karachi has been seen on the roads, thrilled and flabbergasted because of the amount of decor which has been done for the final play-off lately. Grand Finale of the 3rd season of PSL means an astounding closing ceremony. The closing ceremony will be initiated around 6:00 pm tomorrow with the artists who have the audacity to get all the spectators in the arena and at home groove with their upbeat numbers.

Ali Zafar who took the audience by storm in the opening ceremony of PSL when he flew high in the sky all the way to the field. He has also sung the official PSL anthem along with his other hit tunes. He will be seen enthralling the populace living in Karachi.

Shehzad Roy, the singer, and philanthropist is all set to get the spectators dancing on his blockbuster songs. The gorgeous Aima Baig and Farhan Saeed will also extract enthusiasm out of the people watching PSL final in the stadium and at home.

Moreover, the deadly duo; Bilal Maqsood and Faisal Kapadia, the creators of legendary, ‘Hai Koi Hum Jaisa’, will be seen displaying the colors of patriotism and admiration in the stadium. Celebrating the 30th anniversary of their band, Strings, the pair is revved up to bring something extraordinary to the pitch. 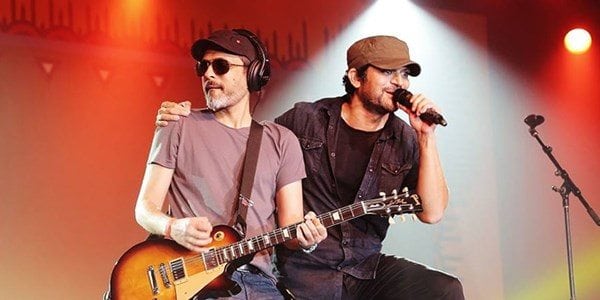 Hands down! We are super excited for the closing ceremony tomorrow. How excited are you? Tell us in the comments tomorrow.

In Pictures: Your Favorite Celebs on Pakistan Day

‘Aisi Hai Tanhai’ has left a mark on hearts