Adnan Siddiqui admires Anwar Maqsood Sahab and we love them both!

The legendary Adnan Siddiqui has been one of the busiest actors of the Pakistani media scene, but at the same time, he is also the most gentle and kind celebrity across the country. He has not only won ample hearts with his spectacular acting capabilities but also because he is an epitome of grace and sprinkles his charm on various instances through social media.

The veteran actor is recently on a tour with the maestro, Anwar Maqsood in the United States and he has taken to Instagram to speak volumes about his anecdotes revolving around the legendary artist. He writes, “There are times when it can be difficult to find the right words to say to someone who’s literally taught you from scratch, even if it’s just a few words of thank you to express how grateful you are towards that person.”

“So this is how it all began. I was discovered by Anwar Maqsood Sahab whom I lovingly call, ‘Anwar Mamu’ many many years ago and I had the honour of acting in his play ‘Khwabon ki Zanjeer’ which he wrote for PTV. Then my first drama serial Uroosa happened. Post that, my first film was offered to me via him and we travelled from Karachi to Lahore together. I didn’t end up doing the film but that’s another story,” he says reminiscing about the time he has spent with the Loose Talk host. 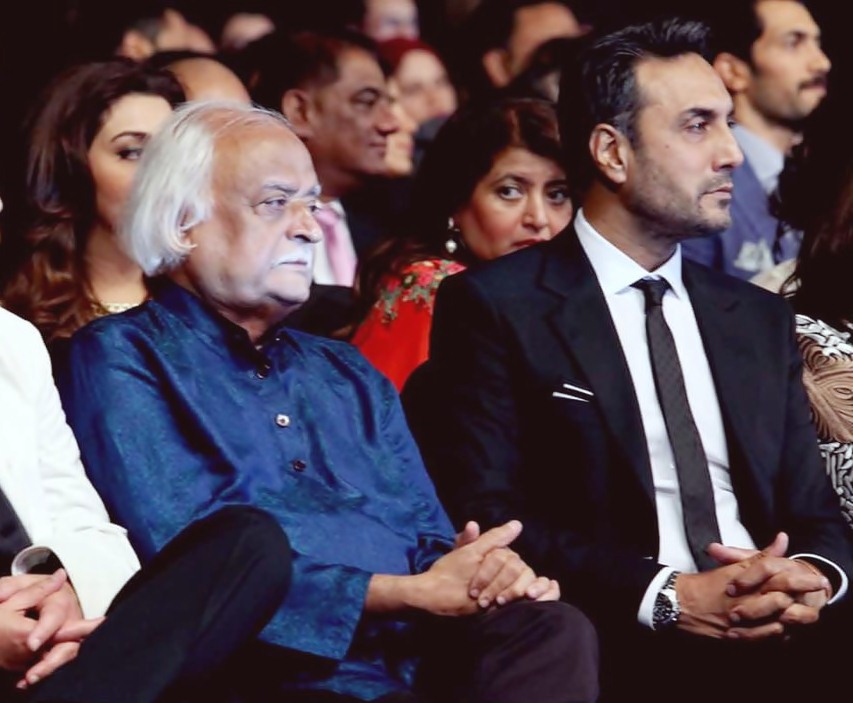 He feels grateful to “Anwar Mamu” for the wisdom he has imparted to him and says, “On this trip I’m not only gaging his magnanimity, but I’m also seeing a different side of fandom where people are wanting to just catch a glimpse of him. I’ve always been in awe of his personality, but I’m more so now. There’s so much that I’m learning just by observing him and the way he makes people laugh on his wit and satire. His aura is magical and he has the ability of finding humour in the most crucial situations which has always amazed me.”

He concludes his heartfelt note by thanking him as he feels this trip will always “be the most cherished one” of his life.

More power to you Adnan! We totally admire you for being one of the most humble celebrities our country has ever produced.