No one can really grasp the fact that Bay Dardi is over. The plethora of emotions and the true reflection of our society has garnered immense praise not only in Pakistan but across the world at large. Bay Dardi dwells on the harrowing cancerous truth that has been rotting the entire country at a swift pace. ARY Digital has brought the topic of HIV and AIDS in the mainstream, putting ample social stigmas related to it, to rest. It starts off with Shafay, played by the talented, Affan Waheed, meeting Bia, played by the gorgeous, Aiman Khan, rather accidentally. Shafay’s friend, Rohail is in relation with Bia’s sister, Rabia, but he has a Casanova personality, playing with the feelings of different girls, to leave them heartbroken afterward. Rabia finds out Rohail cheating on her and she ends up giving her life, leaving her brother at Bia’s disposal.

Read Also: Bay Dardi, The Plethora Of Sorrow And Misery

The remaining family shifts to Karachi and so does Shafay. Shafay takes over his family business. Bia’s brother, who works in Shafay’s company gets severely injured in an accident, resulting in partial paralysis. Bia’s goes for a job interview at her brother’s workplace and to her surprise, finds Shafay sitting there. Shafay appoints her on the job without thinking twice. Shafay gets sick and his mother, Maimoona, played by the veteran, Bushra Ansari, takes him to the doctor. She finds out her son suffering from HIV and AIDS. In lieu of telling this to her son, she decides to keep it in secrecy, getting him married to Bia. Bia and Shafay go to their honeymoon but due to Shafay’s fallen health, they get back. Bia hears Maimoona and Tabrez talking about Bia being affected by the virus too. She thinks about telling everything to Shafay but Maimoona blackmails her. She, in a response, starts to ignore Shafay but Shafay comprehends that his wife is cheating on him. He accuses her of cheating and she leaves for her brother’s house but his wife doesn’t allow her in the house. She tries to suicide but a man saves her and she starts to live with the man and his wife as their daughter.

Shafay comes to know about the disease and how it is transmitted through a razor that was shared by himself and Rohail. He finds Bia and apologizes. Maimoona also apologizes to both of them for spoiling their lives. They go to Bia’s brother’s home but his wife starts to agitate them both for having a dangerous disease. She thinks that the disease is contagious that makes the couple leave for Maimoona’s home again. 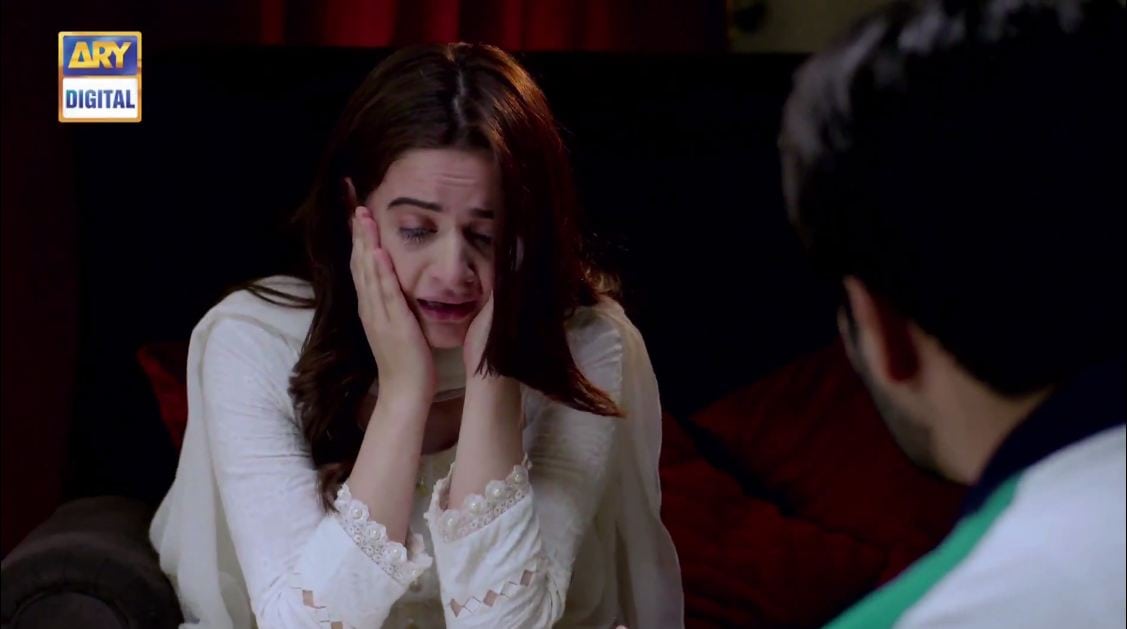 Shafay gets seriously sick but he manages to take care of his pregnant wife. Bia promises him that he would be the first person to see his child. Upon the baby’s birth, Dr. Ayesha takes the baby girl to her father. While Tabrez says Azaan in her ears, Shafay counts his last breaths. After six years, Momina goes on a television show. She tells about her initiative to educate the Pakistani populace about the potential risks that can cause the disease. She also undermines a lot of stereotypes associated with the disease. She comes out of the studio and meets Tabrez and his granddaughter, Marium. They go the graves of both Shafay and Bia at the end of the finale.

ARY Digital proves to be a pivotal messenger to channel the information about Human Immunodeficiency Virus (HIV), that weakens the immune system by attacking essential cells which fight diseases and destabilize infections. Subsequently, the virus destroys cells so swiftly that the immune system fails to curb infections or diseases anymore. This is the point when HIV can lead to Acquired Immunodeficiency Syndrome (AIDS). AIDS is the last level of HIV where a human being becomes vulnerable to all sorts of diseases and subsequent death due to an extensively weak immune system. HIV is a contagious disease and can be transmitted to other humans via body fluids in various ways. Ample men and women in Pakistan hardly have any idea about this dreadful disease. As per a recent report, about 150,000 people have been diagnosed with either of these diseases. People who often live in rural areas are likely the populace with little or no idea about the cause, prevention, and transmission. Abundant residents of urban centers also don’t have any understanding of HIV or AIDS. Before marriage, even the highly literate fractions of society don’t opt for a prior clinical checkup.

ARY Digital has taken an initiative to start an awareness campaign about HIV and AIDS via a medium which is loved, understood and celebrated by the populace within developed cities as well as villages of our country through a visual treat, known as Bay Dardi, starring top-notch artists and a breathtaking storyline.

What are your views on the story? Have your say in the comments below.

Dil Mom Ka Diya | A Story Of Prejudice And Ego

In Videos: Sahiba And Rambo’s Trip to The Northern Areas Exhibits Gorgeousness!