For twenty years, ARY Digital Network is not only providing us credible, unbiased news, but also an uninterrupted flow of entertainment. ARY Digital is transcending the parameters of the Pakistani entertainment scene by giving one after other flamboyant dramas that not only play a pivotal part in entertaining the audiences but also to delve into the social issues and taboo topics no one usually talks about, getting one after another feather in its cap.

The Pakistani film industry is on the verge of admirable elevation globally and ARY Films is the leading catalyst for this development. Having started from chart breakers like ‘Mein Hoon Shahid Afridi’ and ‘Waar’, ARY Films has a long history of sculpting adroit movies incorporating a subtle storyline and intensively skillful cast to make sure that the flick astonishes its spectators in the best ways possible.

Pertaining to the astonishing visual delights ARY caters, the acclaimed Lux Style Awards has nominated the content produced and/or distributed by ARY Digital Network in as many as 12 categories with whopping 22 nominations.

Last year, Parey Hut Love and Baaji were highly celebrated across the country. Both movies are nominated in the Best Film category and both directors, Asim Raza and Saqib Malik respectively, have been nominated in the category of Best Film Director in the Lux Style Awards.

2019 had been an epitome of thought-provoking and powerful dramas. Dramas like Meray Paas Tum Ho and Cheekh, amid others surely made an impact, so much so that both dramas are nominated in the category of Best Television Play.

A soundtrack plays a pivotal role to spread the vibe of the drama or the film it belongs to. Likewise, Ali Tariq for Behka Na and Zeb Bangash for Guddi Wang are competing to win the title of Best Playback Singer for Parey Hut Love and Baaji respectively. Moreover, Zeb Bangash is nominated for the Original Sound Track of Kaisa Hai Naseeban as well. The song is produced by the Soch band.

That’s not all! The dapper Haroon Shahid, the gorgeous Saheefa Jabbar Khattak, and the super adorable Shees Sajjad Gul are nominated in the category of Best Emerging Talent for the year 2019 for their dramas Do Bol, Beti, and Meray Paas Tum Ho respectively. 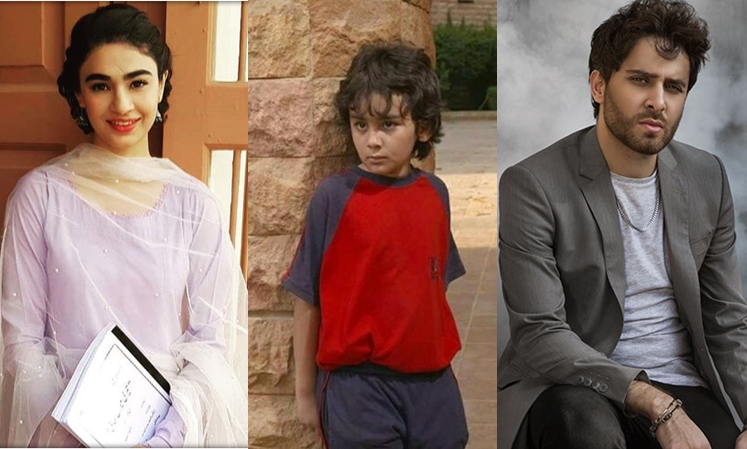 Have you voted for your favorite nominees yet? Have your say in the comments’ section below.